The culinary art of Rome: the delicious homemade bread of Rome and Castelli Romani

The greatness of Rome also comes from its culinary tradition, flavours and aromas typical of people who have kept many ancient cooking traditions until today.
If in the ancient times, only the richest ones could afford large meals, a golden rule at the table was common: to have three meals per day, breakfast, lunch and dinner. And for such a great people, a rich selection of products and recipes could not miss, strong and decisive flavours cooked with what the earth offered, because authenticity is more important than everything.
Although the Roman culinary tradition has undergone many incursions by foreign peoples who were conquered and who combined their traditions with those of their ruler, some typical ingredients of the Lazio area, have remained for centuries.

The pillars of Roman cuisine

The modern Roman cuisine is based on the so-called "quinto quarto", the surplus of the cow and the sheep, when the other parts of the animal's body got sold; this habit came from the principle according to which the whole animal must be used, without wasting anything, creating recipes able to enhance these parts of the animal, otherwise discarded.
The less noble parts of the ovine used (in addition to the two quarters of selected meat) are the heart, the liver, the spleen, the kidneys, the famous sweetbreads, the brain, the tongue - usually filled with meat -, and the famous tail, cooked "alla vaccinara", a true Roman pride. Using the sheep meat, they cook the Coratella, that is the liver, the lungs and the heart, made in a peculiar way, embellished by the smells and the flavours of Lazio. The culinary tradition is also very rich in first courses, cooked with fresh pasta Carbonara or Cacio e pepe, to name the most famous ones, in addition to many desserts, wine produced from local vineyards and the inevitable bread.
You can taste traditional dishes in many restaurants, from the most elegant ones to trattorias that can be found almost everywhere in the centre or outside the city, to find flavours and savour authenticity of an almost homemade food, made of simple, ancient dishes, made and told by men and women who believe in the quality of local products cooked "in the old way". 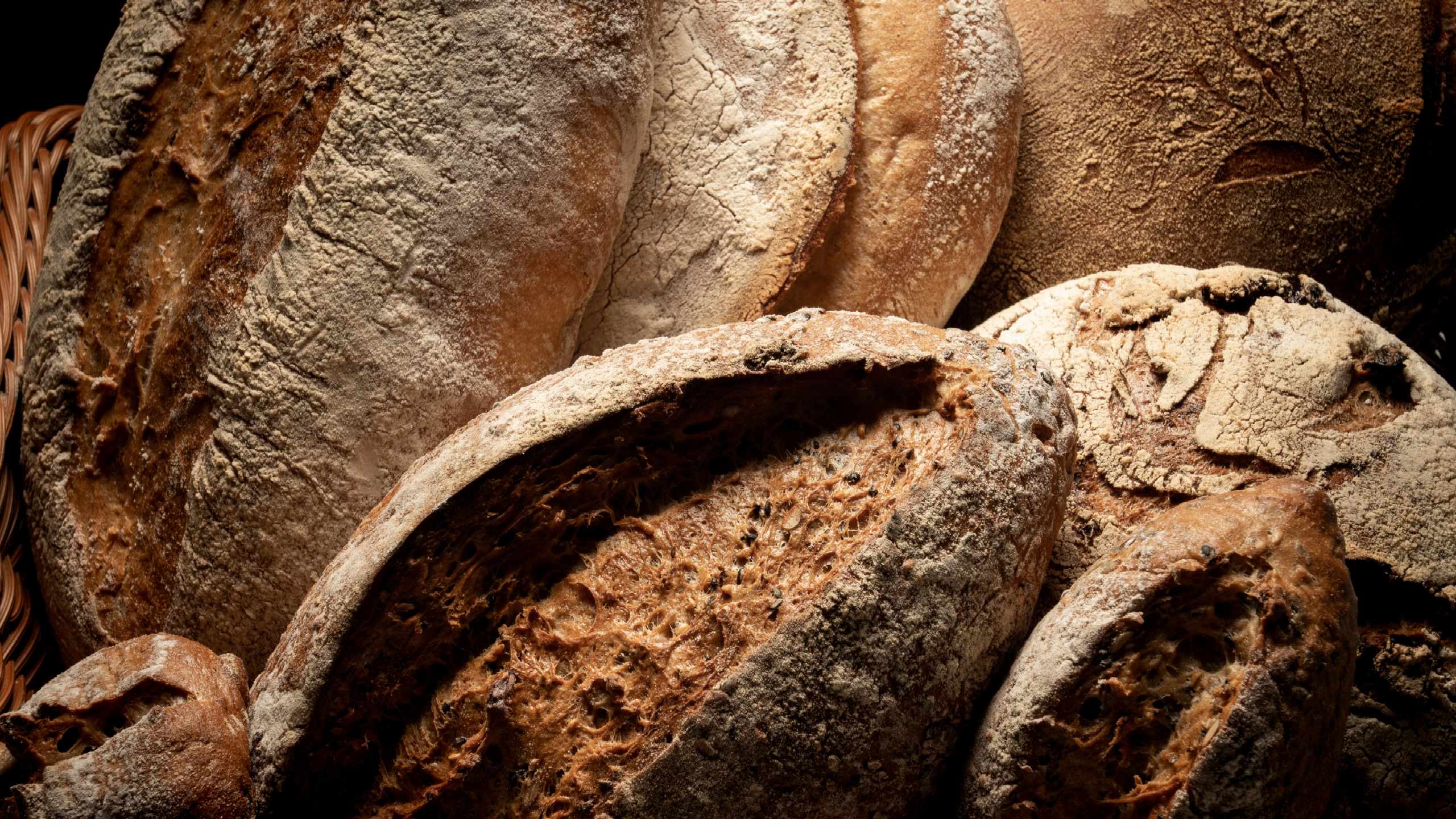 If you go out early in the streets of Rome and in the area of the Castelli Romani, in Genzano, you can't resist the wonderful smell that captures all the senses, finding satisfaction only in front of a bakery. The homemade bread actually is very famous, known as the Castelli Romani bread, because it is produced in this area.
Genzano had the honour of having received a real acknowledgement for this product, classified as a PGI, with a protected geographical indication, and the first European bread with this name. Roman pride, therefore, now symbol of the city's culinary art.
The bread has the feature of having a very crunchy crust with a very soft crumb, whose softness lasts up to a week. This freshness is due to the type of cooking: as in the past, even today, the oven is fed by chestnut wood, abundant in the area, which provides a perfect cooking, thanks to the the flame able to reach an optimal temperature, in addition to the typical smell.
The flour is semi-integral soft wheat and the yeast is partly of beer and partly sourdough, which together with water, salt and a dough process that lasts about 40 minutes, makes it so authentic.
Ideal to be stuffed with products from the Roman land, a great snack for those who want to continue visiting the city without stopping in a restaurant, but also good to accompany for a complete meal, the bread of the Castelli Romani brings young and old people together.

Emblem of the city, every September, in Genzano the "feast of bread" takes place, cooked and then sliced to become a Bruschetta of various sizes, topped with fresh tomatoes and olive oil. The party is an occasion to stay together, listen to music and celebrate, but it is also an opportunity for tourists to change the ordinary routes to share the local habits and learn about their traditions.
It is said this bread was given to the pontiff by Prince Cesarini Sforza, lord of Genzano, who fell in love with it, and his fame spread so much that many people came from far away to taste its taste and fragrance.

Tasting the bread of Genzano can be an excellent opportunity to visit this area of Rome, which is located a few kilometres from the centre and will allow you to discover a corner of paradise.
The city of Genzano leans over Lake Nemi, a volcanic basin located within the Regional Park of the Castelli Romani. The lake has an ancient legend that originates from its name, Specchi di Diana, as it was said that near its banks there was the Sacred Wood and the temple of the goddess of the woods, Diana Nemorense. A magical place, therefore, where to find refreshment for body and soul, suitable for a visit throughout the year but especially in June, when it is interesting experience the strawberry festival.
A few kilometres away, you will find Castel Gandolfo, a village of great beauty and refinement, known to be the summer residence of the popes. The castle certainly is worth a visit for the works of great value that are preserved inside, but also the flowered streets and the small terraces that overlook Lake Albano make this place a still hidden jewel of our country. Lake Albano offers lots of fun to families with children, allowing bathing and renting sailboats and pedal boats, but also a lot of relax, on the green lawn to enjoy a wonderful natural spectacle.
In Albano Laziale, you will also find many monuments, a sign of the different settlements over the centuries; among the most beautiful, there are the church of Santa Maria della Stella, rich in marvelous frescoes, and the tomb of the Orazi and Curiazi, sepulcher of the condottiere Etruscan Arunte, who ordered its built as a gift by the rich Arrunzia family, owner of the land; very ancient peculiar, so much to be one of the few present in Italy, with this style.