Staying in Rome: the 180-hectares park of Villa Doria Pamphilj where you can spend a day immersed in nature and art

Rome is an immense open-air museum, where a simple stay can turn into an unforgettable experience. Staying in Rome means being able to visit some of the most important and magnificent monuments of Roman history, observe exceptional views, stroll among the halls and corridors of museums and art galleries among the most famous and important in the world and stop in some of the most beautiful urban parks in Italy. One of them undoubtedly is Villa Doria Pamphilj, a historical dwelling located in the heart of Rome and surrounded by the second largest public park in the city (184 hectares entirely available to anyone wishing to walk surrounded by nature and in a truly enchanted atmosphere).
The garden was built in the vast country estate of the Pamphili family, designed by Giovanni Francesco Grimaldi and Alessandro Algardi in the mid-seventeenth century. Spending time there during a beautiful sunny day is one of the best ways to enjoy Roman nature, even though today the park rises right in the centreof Rome, between Monteverde and Vatican City districts.

The park of Villa Doria Pamphilj, a hymn to art and nature

The second urban park of Rome was born following the fusion of some land previously used as vineyards. From the modest original plot, located outside the Gianicolense walls, a large park was developed, cared for in every single detail. The gardens occupied the space around what was then known as Villa Vecchia, purchased by Panfilo Pamphili in 1630. A few years later, towards the middle of the century, as the Pamphili increased their prestige and their influence with the Roman aristocracy, the project of the so-called Villa Nuova was entrusted to the painter Giovanni Francesco Grimaldi and to the sculptor Alessandro Algardi. The gardens, on the other hand, were treated by the botanical expert Tobia Aldini. A few years later, the neighbouring Villa Corsini was annexed to the estate and the entire complex was transformed into a large farm.
After the first expropriations carried out by the Municipality of Rome, the Italian State definitively acquired the park in 1957; following various adaptation and boundary works, it was opened to the public in 1972. Today, the estate is both a park and a noble residence. In virtue of its luxuriant vegetation it was named "Bel Respiro", that means "beautiful breath". One of the most important buildings among those located inside, reached along Viale del Maglio has the same name: the Casino del Bel Respiro is undoubtedly one of the most beautiful architectural works of the park, also called Palazzina dell'Algardi, in memory of its creator. Today, it is mainly used for parties and events and it josts splendid works of art. Going down the stairs near the secret garden of the Casino, you reach the Giardino del Teatro, a semicircular open space that once hosted shows and events. 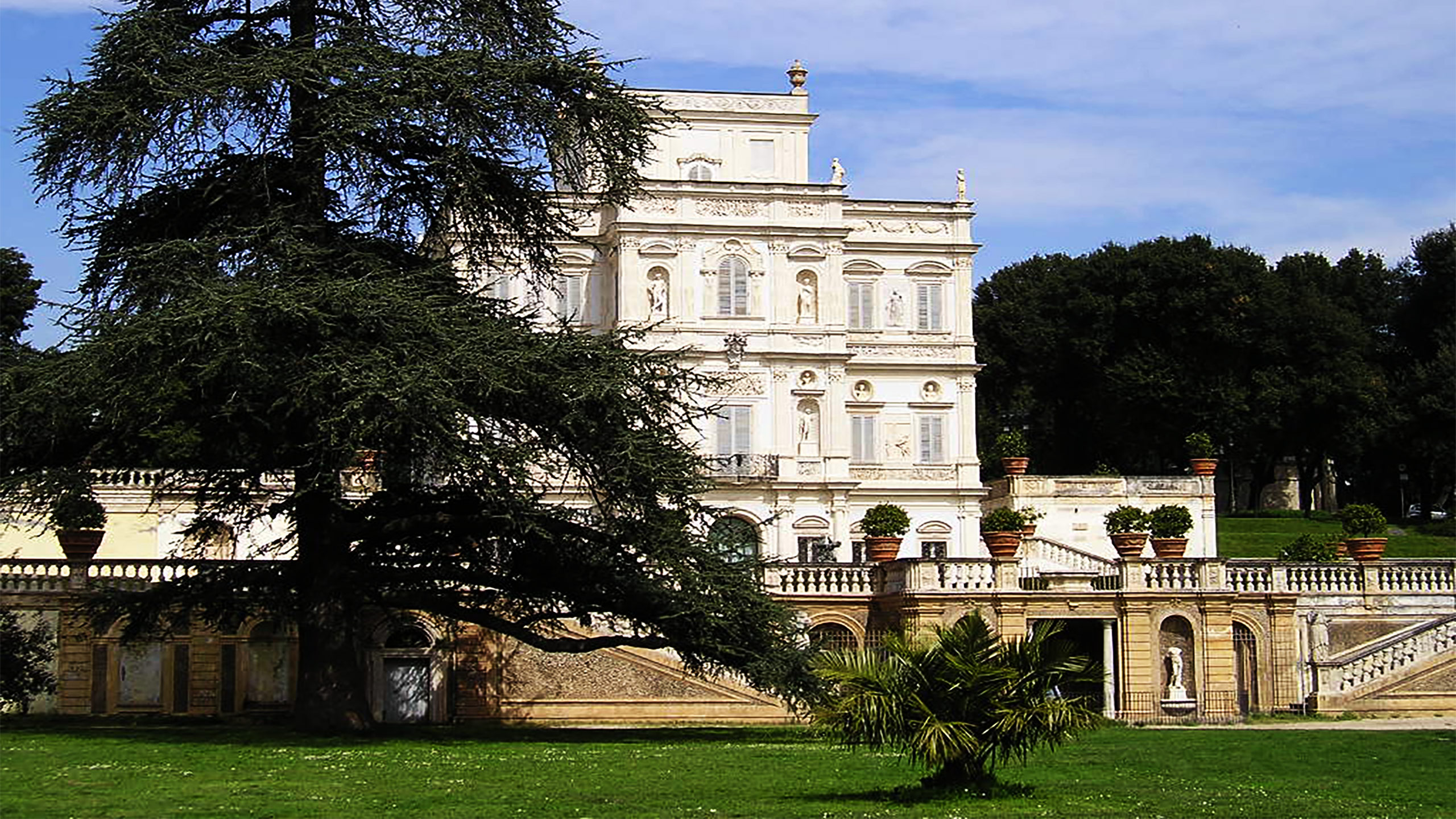 The western part of the park is incredibly similar to the Roman countryside. It is a perfect place to relax, practice some outdoor sports and stroll. This area contains very interesting archaeological remains, including a Roman necropolis containing two burials dating back to the Augustan empire, decorated with the addition of some magnificent frescoes, now preserved in the National Roman Museum. Wandering in the western part of the park it is possible to come across Casale di Giovio, built in the Middle Ages above a modest hill, once occupied by a Roman temple.
Over the years, the owners of the residence wanted to widen the park more and more, by the built of the so-called Allegrezze Casino, to host important parties and receptions, and the equally suggestive Gardens of Delights, where for years some of the hobbies and games organized by the Roman nobility took place. In this area, there are fruit trees, including dozens of wonderful cedars, oranges and lemons, as well as many other essences able to recreate a truly enchanting scenario. In the past, also animals such as deer, and pheasants freely lived in the most remote and wild areas of the park, introduced for the Roman aristocracy hunting.

Not far from the Giardini del Teatro the Doria Pamphilj Chapel stands, built in the early twentieth century. This part of the estate is characterized by a large pine forest, by which it is possible to reach the Fontana del Giglio, whose waters are poured into the nearby Laghetto del Belvedere. Created by the Municipality of Rome in 1965 exploiting the waters of the Traiano-Paolo Aqueduct, this small lake basin has an extension of about 300 square metres and it also boasts a little island reachable by a graceful wooden bridge. The Villa Vecchia, or Casino di Famiglia, instead, is located in the direction of the Via Aurelia Antica. It is the oldest building in the park, built on the remains of the ancient Trajan-Paul aqueduct. Currently, the Villa Vecchia houses a museum with numerous antique furnishings and other objects once located inside the nearby Villa Pamphilj. This large building was purchased in 1630, by Panfilo Pamphili, who wanted to make it his new home.
Next to the Villa Vecchia, there are the palm garden and the nineteenth-century greenhouses, built in 1846 in neo-Gothic style and dedicated to the cultivation of exotic fruits and in particular pineapple. The greenhouses were built in glass and cast iron, and inside of them, a climate more suitable for this kind of plants was created. The park of Villa Pamphilj can always be visited: it is open every day of the year, from seven in the morning until late evening. It is accessible for free and walking inside is a real pleasure, being one of the most beautiful and evocative of the Capital, rich in monumental trees and essences such as oaks, pines, poplars and willows.