Secret Rome: get lost among ancient manuscripts and beautiful engravings at the Biblioteca Angelica, near Piazza Navona

The historical origins of the Biblioteca Angelica

Founded in 1604, by the Augustinian Bishop Angelo Rocca, the Angelica Library, is located in Piazza S. Agostino, near Piazza Navona in Rome. The heritage of the library is the conspicuous collection of books the bishop placed it freely available to all, giving it his name. It was the first library available to the public in Europe and it is now also seat of the Arcadia Literary Academy.
Its location was an Augustinian convent. The current appearance of the library exists since the mid-18th century, when the Father Superior of the religious order gave Luigi Vanvitelli the task to renovate the entire convent; the work also involved the rooms of the library, no longer able to accommodate the increasingly numerous amount of books arriving there.
The reading room, also called the "Vaso" Vanvitteliano is one of the greatest expressions of the late Rococò style, and one of the most important masterpieces of the Neapolitan architect. The living room is surrounded by a high wooden shelf with about one hundred thousand volumes of the Fondo Antico. To get there, there is a vestibule, enriched with depictions of illustrious Arcadians arcades, containing catalogs. Next to the living room there is the armored room hosting precious manuscripts and the most valuable works.

The heritage of the library

The library has over two hundred thousand books, and more than a half of them were published from the 15th to the 19th century, now part of the Fondo Antico of the library. In addition to books, there are maps and engravings, incunabula of peculiar value.
The most conspicuous sections, constantly enriched by purchases and gifts, are the historical and philosophical works by Saint Agostino and his religious order, document about the Reformation and Counter-Reformation, and the collections by Dante, Petrarca and Boccaccio. The section of rare editions is particularly relevant. The library is constantly enriched by bibliographic tools and with philological and linguistic studies for investigation and enrichment of the collections held there.

The manuscripts of the Fondo Antico

The Fondo Antico of the library is a collection of about three thousand manuscripts in Greek, Latin and Oriental languages. The first manuscripts were those coming from the convent of Saint Agostino, partly donated by the same friars, partly by external people. Among them, the most generous was William of Estouteville who gave the manuscripts "Expositiones in quattuor Evangelia" by Tommaso d'Aquino and "Enarrationes in Psalmos" by Saint Agostino.
In addition to the manuscripts of the convent, there are those coming from the library of the founder himself, Angelo Rocca. Two remarkable books the library received as a donation are the "Graduale-tropario" and "L'erbario" by Cibo, the oldest existing "hortus siccus". The most important part of the library collection is the one bought by Domenico Passionei, in 1762. Among these works there are particularly significant documents such as "De balneis Puteolorum et Baiarum" by Pietro da Eboli, "Evangelistarium" dating back to the 10th century, "The B code of the Stories of Herodotus" and the scholia by Demetrius Triclinio to Euripides.
In 1849, the heritage of the collection was enriched by the works coming from the basilica of Santa Maria del Popolo (1849) and from the library of the princes Massimo's family (1883).

In the Angelica library there is an important collection of bibliographic rarities. Among them, the "De Oratore" by Cicero and the "De Civitate Dei" by Augustinus are very important: the first one is the first volume published by the Germans Sweynheim and Pannartz - who introduced the art of printing within our country for the first time - in Italy in 1465. The second incunabulum was probably also made by German printers although some studies claim the work was completed by some monks of Subiaco. The collection is further enhanced to preserve two other works: the first edition of the "Divina Commedia" created in Foligno in 1472 by Johannes Numeister and Evangelista Angelini, and the first print of "L'Orlando Furioso" published in 1516, in Ferrara. In addition to these precious collections there are works from 1500 and the "Traty about scientia d'arme".

The engravings, originating by the drawings, are one of the greatest representations of figurative arts used by modern artists. Angelo Rocca can be attributed a first remarkable collection of drawings concerning the "Views of Italian cities of southern Italy", historically referable to the end of the 1500s and the "Vicenza map" by Giovanni Pittoni.
Over the time, the library has collected a vast quantity of engravings, and over two thousand of them can be seen in the digital catalogue "Miscellanee di Stampe". 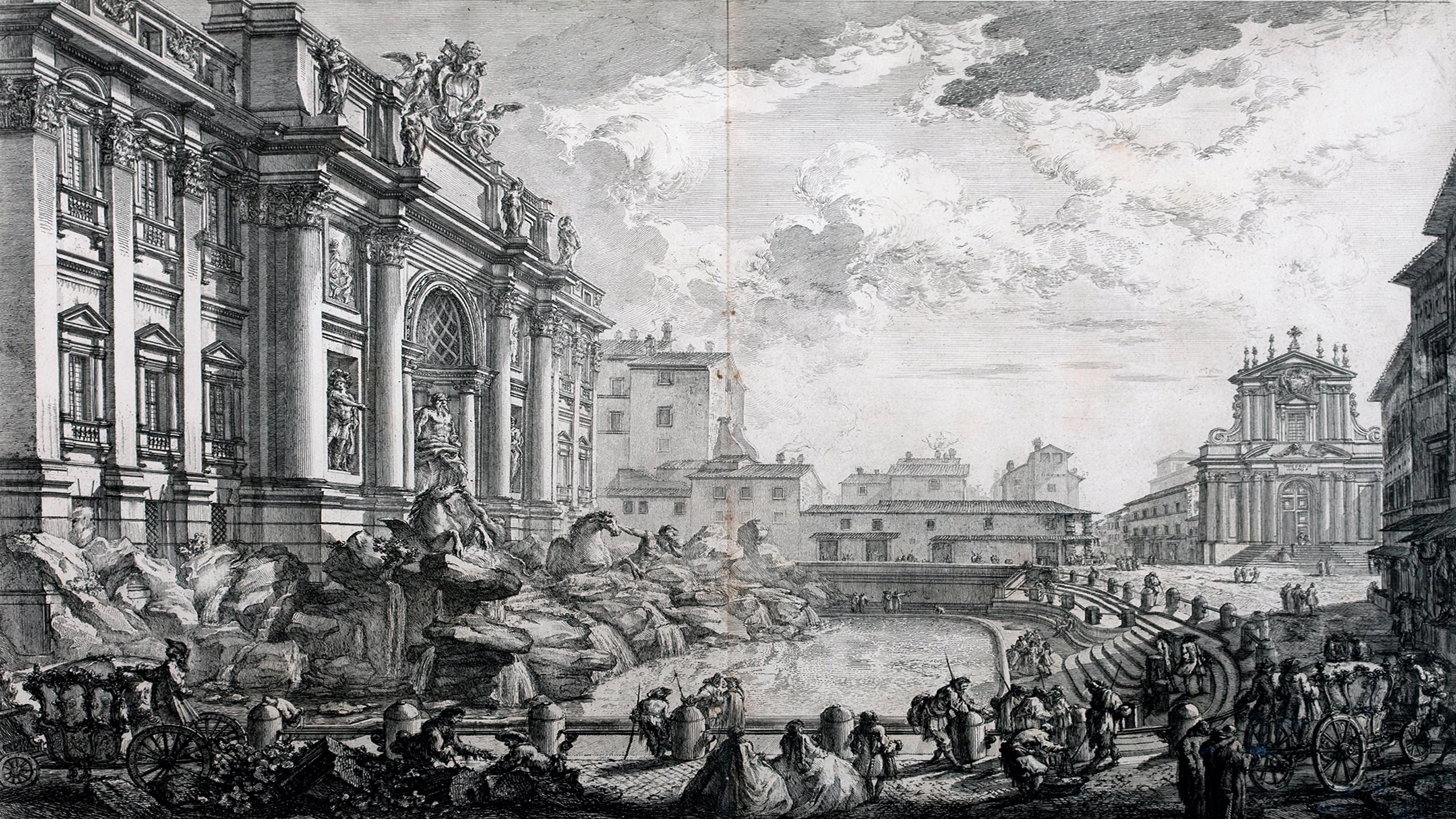 Although the Fondo Antico is one of the greatest representations of Italian and European history, the modern collection gains an important value to the library heritage. The collection began in 1873, when it started to be enriched and enhanced. Since th
en, over one hundred thousand works have been collected. Mostly consisting of newspapers, they are about the history of Italy and the rest of the world, with particular reference to the events of the Church.

In the Biblioteca Angelica, there is an office called Ufficio Fondi Speciali with the special task of preserving, inventorying and enhancing the geographical document (handwritten works and printed editions of the geographical and cartographic collections), the selection of over one hundred literary gazettes mostly published in French in 1600s and 1700s, and manuscripts and chart works from 1900s.
The Biblioteca Angelica: consultation and distribution services of books and other works The library makes its rooms available to the public to read and consult the works, including the possibility of examining manuscripts and rare works, viewing CD-ROMs and the web. Upon request, it is possible to take part to guided tours. The essence of the beauty of the Biblioteca Angelica is not only connected to its services, but above all to the magic atmosphere you experience passing through the halls and the shelves full of books. The presence of these texts, which have passed through time and read by people lived so far back in time, makes this library different from the others. To experience this magic, it is sufficient to are 16 years old for the consultation of printed volumes and 18 for manuscripts and rare works.