Rome: the Palatine Hill, an archaeological itinerary, from the foundation of the city to the Farnese family

The beauty of Rome is there just to be seen: pages of history are engraved on its monuments, from the Colosseum to the ,Pantheon to St. Peter's Basilica, rooted in as remote as legendary times. The oldest place in Rome is the Palatine Hill, located between the Roman Forum and the Velabro: think that the remains of a village dating back to 1000 BC have been found there. The archaeological area you will have the opportunity to admire during your stay in Rome, is a window on the golden age of Republican Rome, when the aristocrats erected their magnificent residences on the same Palatine Hill.

The legendary foundation of Rome

If you are wondering about what the legend that surrounds these places is, the Casa Romuli will give you the answer: they are the remains of poles probably the house of Romulus, who on April 21st 753 BC, founded Rome. Together with his brother Remus, sons of the god Mars and the vestal Rhea Silvia, they were abandoned on the banks of the Tiber: they actually were feared by Amulius, usurper king of Alba Longa, as heirs of the legitimate sovereign Numitor.
They were found by a she-wolf who nursed them and bred by the shepherd Faustolo until a dispute between the two brothers about where their city should rise, then ended by the killing of Remus by Romulus: hence the legendary birth of Rome. The cave where the shepherd found the she-wolf with the twins was just at the foot of the hill, later become a sanctuary where the Romans worshiped the divinity of Luperco: the Lupercalia have passed into history, as propitiatory rites with suggestive processions from the cave to the Tiber.

You can visit the archaeological area on the Palatine Hill through the Roman Forum or from Via San Gregorio: despite nothing is more intact, the imposing vestiges will help you to get an idea of the opulence and grandeur that were synonymous with Rome.
The first who erected their residence on the Palatine Hill were Octavian Augustus and Tiberius, followed by lavish interventions by Caligula and Nero: the result that appears now is made of the remains of numerous buildings, sometimes superimposed, sometimes connected between them through elegantly decorated galleries, like the beautiful Neronian 130m long cryptoporticus. Entering it, you will notice beams of light coming from small windows shaped like a wolf's mouth, but above all the decorations of the vault and of the wall, depicting cupids or vegetables: but know that these frescoes are only a copy, as the original are in the Museum Palatino.
The Domus Tiberiana and the Transitory one, completely destroyed by the famous fire that eliminated Rome, was then enlarged by the intervention of Domitian in the 1st AD. The entire structure consisted of the Domus Flavia, a public part of the palatium: you can only see the triclinium of the dining room, Cenatio Iovis, and two remaining fountains, and then the sumptuous Domus Augustana. The latter was the private residence dedicated to the emperor and it has two levels, among arcaded courtyards overlooked by delightfully frescoed rooms: observe the decorations of the Hall of the Masks which will remind you theatrical scenes, the black and white mosaic carpets of the Room of the Festoons of Pino.

From the Circus Domitian to the temples on the Palatine Hill

The Domus also includes the thermal complex of Suetonius and a stadium that will certainly remind you of the near Circus Maximus: as Pliny the Elder also reported, this large open space, started in Domitian times, not only served as a racecourse but also as a real oasis of peace, where the ancient Romans used to stroll among plants, elegant sculptures and gushing fountains, surrounded by a marble portico. Look at the hemicycle and imagine in the past it was there the emperor, his family and the statues of the gods attended the games.
The beauty of the archaeological area of the Palatine Hill is then sealed by the temples of Apollo Palatino, Minerva and Magna Mater, that is Cibele, revered by the ancient Romans to propitiate a good harvest: the splendid statue representing the goddess, almost as if it was a priestess or empress, is located inside the Palatine Museum on the Palatine Hill in the old convent of the Visitation Nuns. 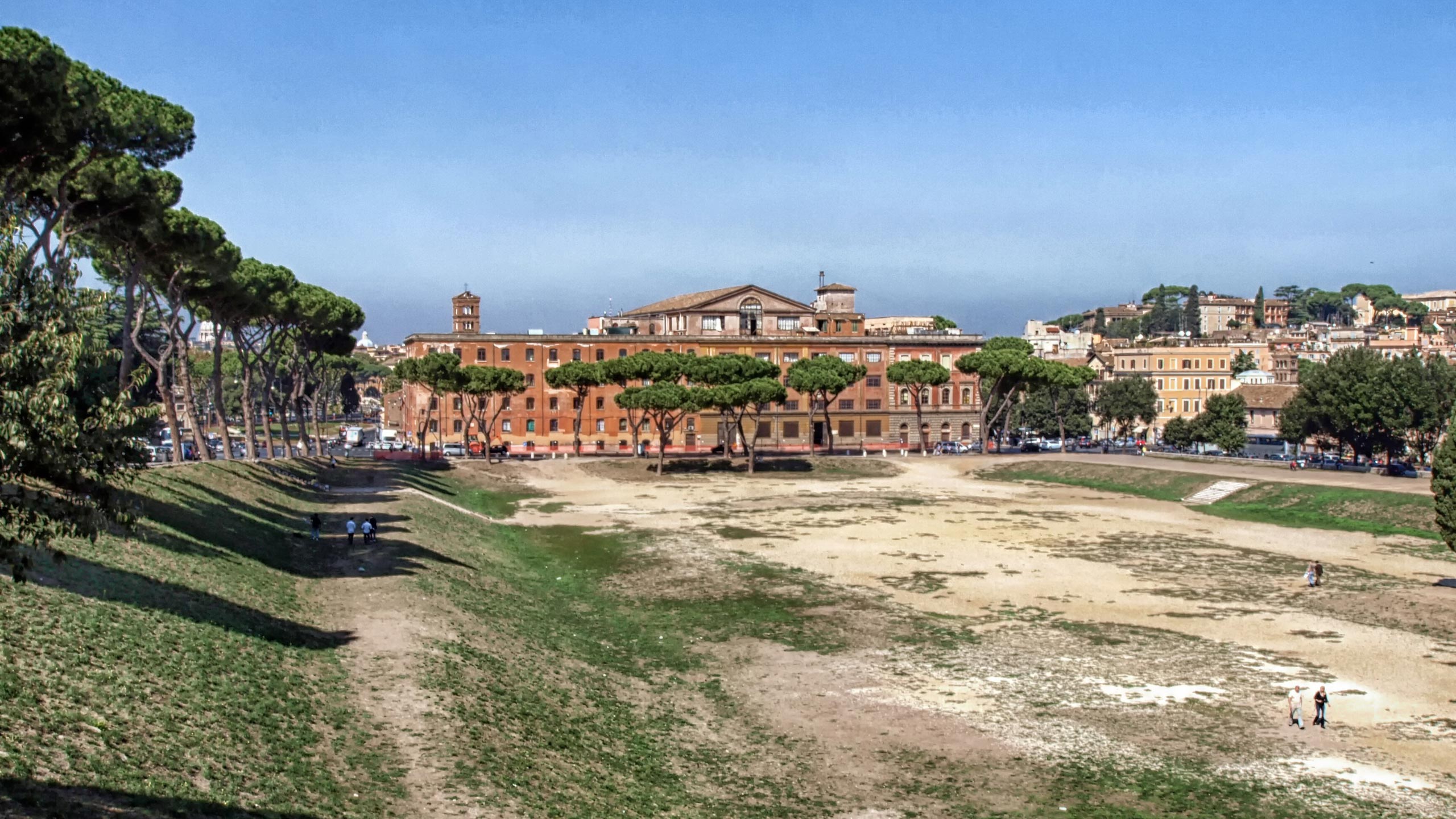 The jewels of the archaeological area

Walking through the ancient history of Rome, you reach the Casa di Livia, a woman who knew how to maintain a role of great importance in the political life of Rome between the 1st BC and the 1st AD: she was Ottaviano Augusto's wife for more than fifty years, and after the death of her husband she became Iulia Augusta. Admire the splendid frescoes and mosaics that decorate the floors and walls of the rooms overlooking the courtyard.
Finally, among the jewels of the park there is the Septizodium, wanted in 203 AD by Septimius Severus: you will recognize it seeing the façade of a nymphaeum similar to that of a theater, with columns and niches that once housed statues. It was nothing more than the monumental entrance to the Domus Severiana, built with the intention of conveying the greatness of Rome to all those who arrived in the city coming from the Via Appia.

Finally, not to be missed on the Palatine Hill are the unmissable Horti Farnesiani, the first botanical garden built in the 16th century overlooking the entire archaeological area. The sixteenth-century gardens were designed by the architect Girolamo Rainaldi by cardinal Alessandro Farnese, who belonged to the noble family that had such great importance in the Italian Renaissance. Consider today the sumptuous portal is the gateway to the archaeological area of the Palatine from Via San Gregorio. The guard of the Farnese, where roses and fragrant citrus groves, badgers and cypresses abound, is made up of terraces connected by ramps.
Look at the buildings that overlook the green area joined by elegant cryptoporticos and aviaries, which housed exotic birds. Among the most beautiful places in the Horti are there are the Teatro del Fontanone and the suggestive Ninfeo della Pioggia, a place that will move you to a distant and intimate dimension, out of the chaos of the metropolis. Don't forget the panorama to enjoy and once again greet the cradle of Rome, the Palatine Hill.

07/08/2019
palatine hillfoundation of rome
Return to the blog