Rome and Surroundings: Tivoli, a jewel just a few steps from Rome

The surroundings of Rome can be as special as the capital itself. One of the most popular excursions just a few kilometres from the Eternal City is Tivoli, a city famous for its villas and the enormous cultural weight it had during the age of the Empire. The evidence of what has just been said is Villa Adriana, considered an ideal city by Hadrian. Before and after the famous Roman emperor, Tivoli was loved by republicans, cardinals and popes. Unlike what is reported by most tourist guides, in the city of emperors and pontiffs there are many other attractions to visit in addition to the residences, such as the historical centre, the temples belonging to the 2nd century B.C., and the fountains. You will read a description of all the main attractions of Tivoli, as well as practical tips about how to get there from Rome, and the most important events taking place in the city during the year, in order to plan a stay in Tivoli in the best way one or two days during a vacation in the capital.

The residences in Tivoli

The most famous residence in Tivoli is Villa d'Este, dating back to the second half of the sixteenth century. The residence was built by cardinal Ippolito d'Este. Within the park of the residence, there are many attractions: the most famous one is the so-called 100 fountains, attracting the attention of all foreign visitors. Like Villa Adriana, Villa d'Este can also boast the prestigious UNESCO World Heritage title. Villa d'Este is open to the public all over the year, except on Easter, Christmas and New Year's Day. The full ticket for adults costs 8 Euros, whereas for those aged between 18 and 25 there is a reduced price of 4 Euros. Children under 18 enter for free.
Next to Villa d'Este, the other most important attraction of Tivoli is Villa Adriana, directly commissioned by the emperor Hadrian at the beginning of the second century A.D. Villa Adriana is also famous for its thermal baths, the other flagship of the city of Tivoli. After almost two thousand years, the best preserved parts of Villa Adriana are the Sala dei Filosofi, the Accademia, the Greek Theatre and the Piazza d'Oro. Ticket prices are the same as those required to enter Villa d'Este: € 8 for an adult ticket, € 4 for a ticket for children aged 18 to 25. Free admission for children under 18 also confirmed.
In addition to Villa d'Este and Villa Adriana, the small Lazio city hosts another UNESCO World Heritage Site: Villa Gregoriana. Unlike the other two sites, Villa Gregoriana is better known for its green area rather than for the monuments inside of it. It is no coincidence that the area strongly desired by Pope Gregory XVI is today famous for a natural attraction of great visual impact in the eyes of visitors, the so-called great waterfall. In addition to the waterfall, during the tour in Villa Gregoriana Park, you can admire the temples of the Sibyl and Vesta, dating back to the first century B.C., and a special acropolis, which makes the wild Valle dell'Inferno more attractive. The latter is connected to the park area by the Gregorian bridge and it houses the Grotta di Nettuno and the Grotta delle Sirene. The cost of the ticket to enter the Villa Gregoriana 8 Euros (full ticket). The reduced ticket of 5 Euros is exclusively offered to students younger than 26 years old, whereas children under 4 years don't pay. 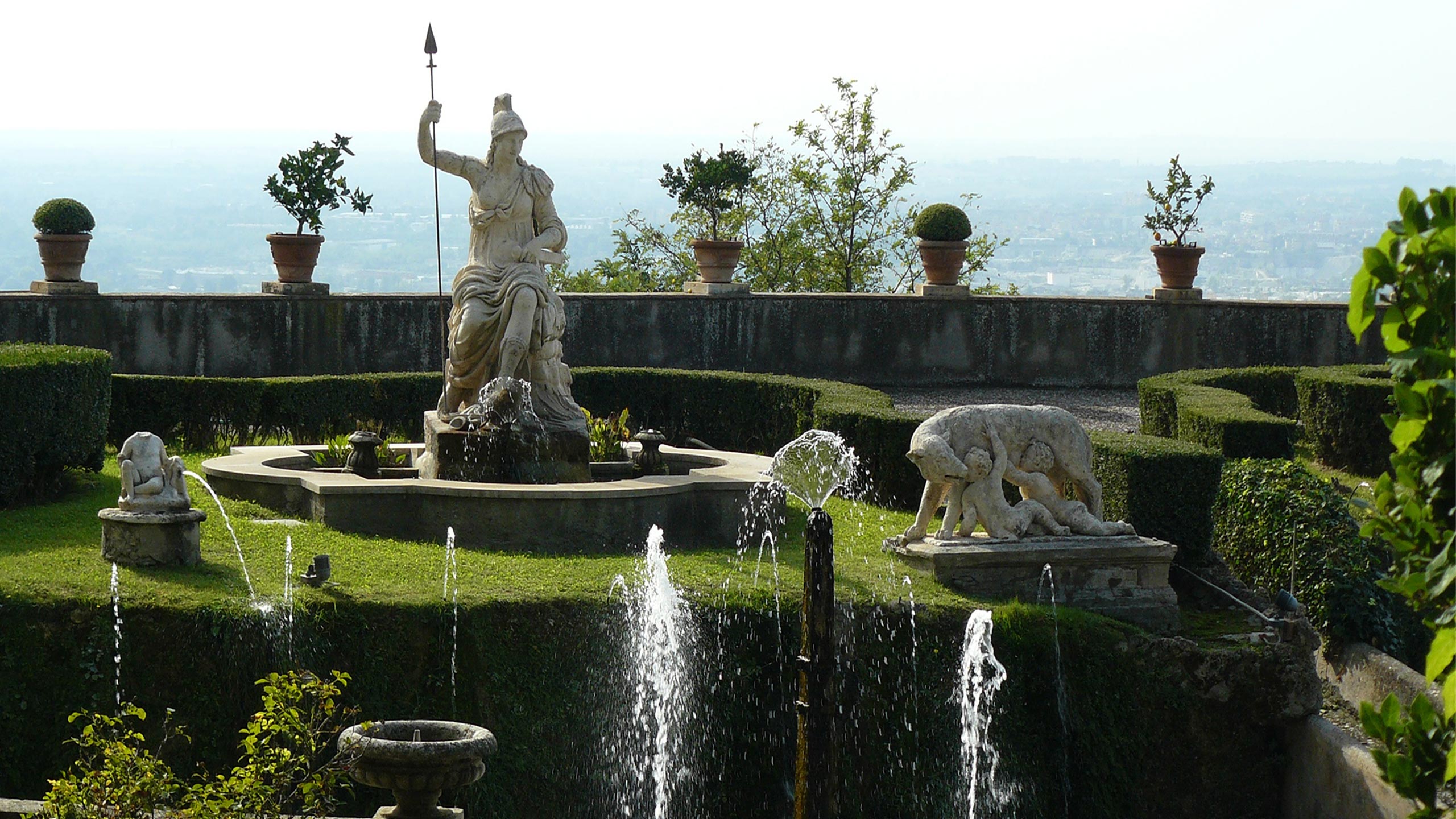 The historical centre of Tivoli

The reason why many emperors, pontiffs and cardinals have loved Tivoli is because of the undeniable beauty of its historical centre. In addition to the three famous residences, we also suggest you visit the city centre of Tivoli, where there are the Bleso amphitheater (2nd century B.C.) and Rocca Pia, whose built dates back to the 16th century. Also for this last historical residence there was the signature of a pontiff, Pope Pius II Piccolomini.

How to get to Tivoli

There are only 32 km between Tivoli and Rome. If you have planned a one or two days trip in the city of emperors, pontiffs and cardinals and you have the opportunity to travel by car, there are two equally valid routes. The first leads you to the A24 motorway, from Rome to L'Aquila, to then take the Tivoli exit (alternatively, you can also exit at Castel Madama and from here follow the directions to Tivoli). The second solution is the Tiburtina State Road, which follows the ancient route the Romans used to follow to reach Tibur, the ancient name of today's Tivoli. The journey can last about 30 minutes. If you do not travel by car, you can get to Tivoli by public transport, such as buses and trains. By bus, choose the Cotral company, departing from Ponte Mammolo, reachable by underground B. By train, Tivoli is connected to Rome from Tiburtina station, thanks to the line stopping at Rome, Avezzano and Pescara.

During the first part of the summer season, particularly in the months of June and July, the city hosts the important Summer event in Tivoli, during which numerous shows are held at the spectacular amphitheatre of Bleso. In early autumn, specifically during the month of September, Tivoli hosts the Pizzutello festival, when you can taste the famous grape of the Lazio city. On August, instead, the Inchinata takes place, a particular procession where the figure is the figure of Jesus, next to the Holy Mary. Among all the religious processions held in Tivoli, the Inchinata is the most famous one. An evidence? The number of people who take part to it each year. At the beginning of April, finally, on the occasion of April 5th, the citizens celebrate the Christmas of Tivoli, recalling the historical date of the founding of the city, namely April 5th, 1215 B.C.