Roman culinary art: the Vignarola and its numerous variations

Rome is a thousand-year-old city able to keep many of its traditions and its uses intact, especially in the culinary field, over the time; even today, in a society characterised by the globalization, with new foods coming from far and exotic countries and several different food trends, the traditional dishes of the Roman cuisine are not only relegated to typical restaurants but are still cooked at home. There are more known dishes, such as the Coda alla vaccinara, the Pajata or the Saltimbocca, others less known and it is one of these we want to talk about in this article: the Vignarola.

Before the introduction of industrial food, the Vignarola was a typical seasonal dish, as it was made of ingredients available only during the spring. The origin of the name is uncertain, as there are several different versions: according to just some of them, the name comes from the typical lunch the farmers used to have; others tell the ingredients were cultivated in the vineyards, so they could be collected after their first blossoming. A third version states the name comes from the Vignaroli, as fruit and vegetable sellers were defined in the Roman dialect.
This food seems to originate from the areas of Velletri and Frascati, very rich in vineyards, and eaten by the population as a main dish; today, it can be enjoyed as an appetizer, a side dish or second course, varying some ingredients or their quantity.

How to prepare the Vignarola

The realisation of the Vignarola is very simple and, between the preparation of the ingredients and cooking, the maximum time you can use is no more than 50 minutes; the ingredients are seasonal vegetables (Roman artichokes, broad beans, peas, Roman lettuce), spring onions, stretched bacon, salt, black pepper, lemon and the typical white wine of the Castelli Romani. The quantities of the main ingredients for 2 people are: 2 artichokes, 200 grams of broad beans, 1 spring onion, 50 grams of stretched bacon, 1 small head of Roman lettuce; to these must be added a carrot, a celery and an onion for the broth preparation base.
First of all, take the artichokes, cut the stems and remove the outer leaves, putting everything in a container; remove the tip (it must be inserted into the container together with the stems, too), divide the heart of the artichoke in half and slice each of these into thin strips, dipping them in a bowl with water and lemon.
Shell both the peas and the beans and place the pods in the container with the discarded parts of the artichoke. After this, take the spring onion, remove the green part (cut into small pieces and added to the scraps), split it in half and then julienne.
Celery, carrot and onion are combined with the contents of the container to which you will add cold water to prepare the vegetable broth. While cooking the broth, take the Roman lettuce, thoroughly wash it and cut it into thin strips that you will place in a salad bowl; cut the stretched bacon in strips, brown it in a low, but fairly large pan with a drizzle of olive oil - low heat - until it becomes transparent, then add the onions until they turn golden.
Raise the flame slightly and add the artichokes; cook for about 3 or 4 minutes and add the beans for first and, after 3 or 4 minutes, the peas, constantly stirring and putting a couple of ladles of hot broth; half cover it, lower the heat a little bit and let it simmer for about 10 minutes, seasoning with salt, black pepper and possibly more broth, as needed.
At the end of the preparation, add the lettuce, simmering with a little white wine, replace the lid and finish cooking, keeping everything for a further 5 minutes on low heat. Pour it into a large salad bowl, season with oil and serve it. 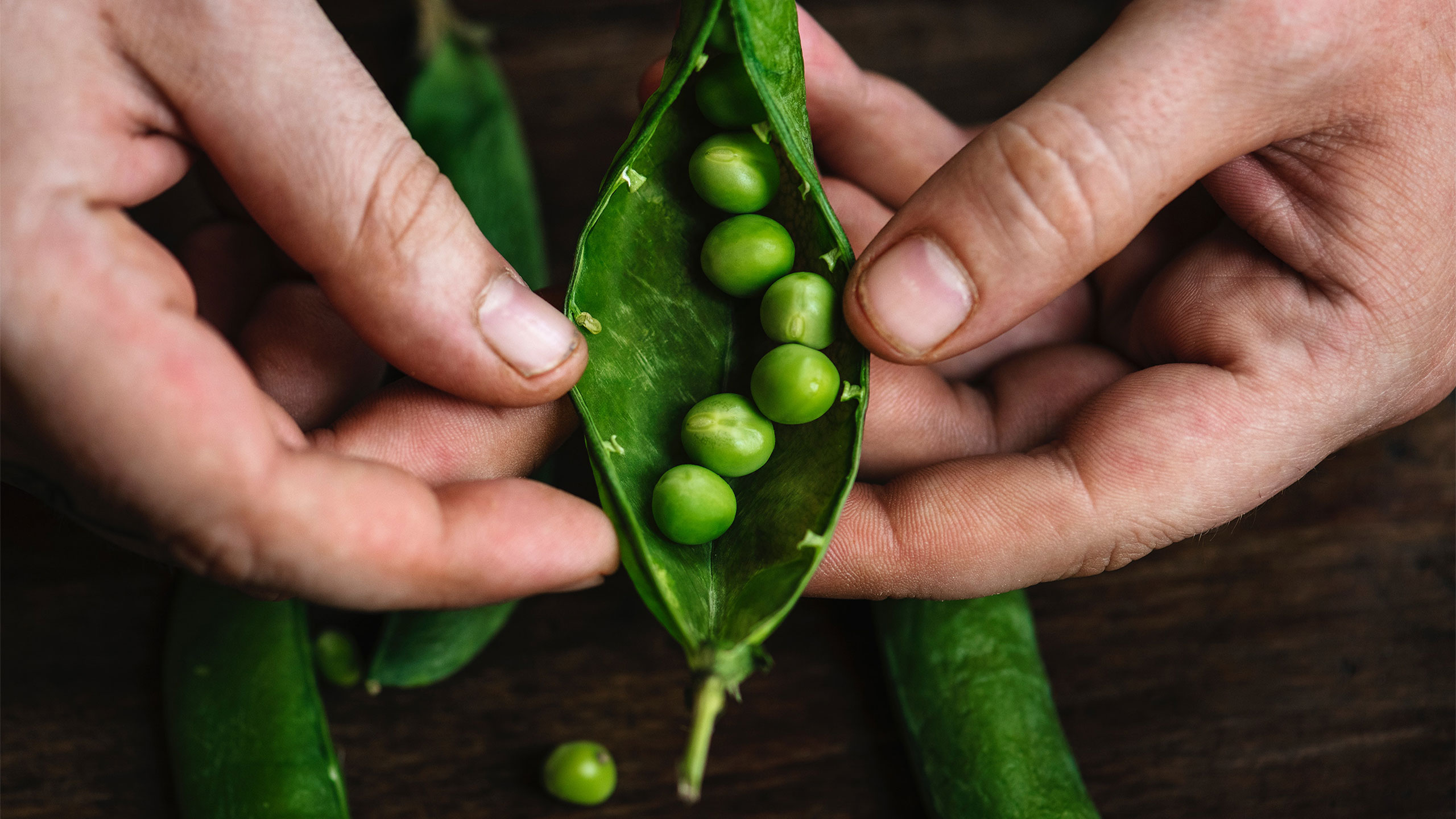 The Vignarola has many variations both for the use of basic ingredients, and for their quantity; let's see some of them. In the Lazio area, the first difference is about the use of bacon instead of the cheek lard; you have to cut it into cubes instead of strips; if you use about 100 grams of bacon you can eat the dish as a good second course, while if you omit to include both bacon and cheek lard you can consider it a tasty appetizer.
Another variation in the preparation consists in the use of Roman mint, which must be well washed, chopped and added together with lettuce; considering mint has an intense flavour and a strong scent, pay close attention to the quantity eventually used.
A third, fairly recent variant is related to the use of chilli pepper; one of normal size and medium spiciness could be the right solution. You will have to cut it and put it in the first cooking together with the artichokes and spring onions, so that the whole dish can have that exact degree of spiciness, without affecting the general harmony.
There are also two versions of the Vignarola that are cooked in other regions; in Sicily, especially in the area of Palermo, such as Frittedda (or Frittella), and in Tuscany, mainly in the area of the municipality of Lucca, known as Farmugia.
Both the regional variations have the base made of peas, broad beans and artichokes but the for Sicilian dish these elements are cooked together and then flavoured with vinegar and sugar and then fried); for the Garmugia the main difference is in the quantity of broth; it actually is a vegetable soup with the addition of ground veal instead of spread bacon.
The Vignarola is a recipe suitable on various occasions and has the feature of being perfect even the day after its preparation, exactly as if it had just been cooked; it is enough to slightly heat it with the broth and the dish is ready to be served at the table once again.